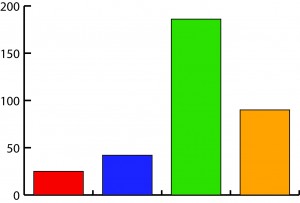 Is this how we should compare our lives with IBD?
Image © Salman Ali Ehsan

Over the past few months I’ve seen a strange turn in social media, and not one that I’d like to see continue. There are many dedicated IBD advocates on Twitter and Facebook, most of whom are putting their personal stories front and center in order to bring more awareness about IBD. Being open and honest about something so personal as one’s health is courageous, and for the most part, we stand together to help the newly diagnosed and the uninitiated learn more about Crohn’s disease and ulcerative colitis.

Even if it’s not accepted by the Food and Drug Administration (FDA) or other entities, most physicians in the know agree that IBD is a disease spectrum. The designations of Crohn’s disease and ulcerative colitis are more for convenience and the drug approval process than anything else. A disease spectrum means that there are some people with mild disease, some with moderate disease, and some with severe disease.

No matter the designation of IBD, the type, the severity — it’s still IBD. My IBD is different than yours. In fact, you’ll not find two people whose IBD is the same, even if they both have Crohn’s disease of the ileum — reactions to medication, diet, even complications will be different. This makes comparisons almost meaningless.

We need to support one another, and we need to bring each other along, even in this issue. IBD leaves us feeling powerless and overwhelmed. Being the sickest one on Twitter is not going to win any points. Being in remission should be celebrated, and no one should feel guilty for being well.

People Who Have IBD Are Awesome

If you are in remission — don’t feel guilty! Celebrate! Get out, live your life! Live it like only a person who knows what sickness is can live. Tell the world about how you conquered your IBD. I hope you never again have to deal with this disease. And I will applaud you and everything you do, because we all deserve health and happiness.