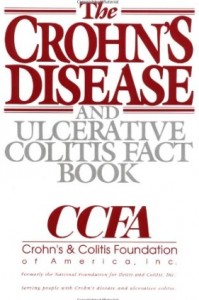 END_OF_DOCUMENT_TOKEN_TO_BE_REPLACED

Between the time when I was misdiagnosed and the time I received an actual real diagnosis, I had my first appointment with a gynecologist. At this visit it was discovered that I had a urinary tract infection. I was put on antibiotics (again, I don’t know what the exact drug was), which was probably not the best idea for my gastrointestinal tract, though the infection had to be stopped before it could cause further damage. I would go on to have many, many urinary tract infections over the years and have seen several urologists, who can find nothing physically wrong, and can only prescribe more antibiotics.

Before even seeing me in the office, the first thing the gastroenterologists wanted to do was a colonoscopy. By this time, I had constant diarrhea. It was always bloody, and at times it was nothing but blood. I remember doing nothing but going between my bedroom and the bathroom, all day and all night. END_OF_DOCUMENT_TOKEN_TO_BE_REPLACED

And So It Begins…

When I was 16, however, and starting my junior year in high school, that all changed. The blood in my stool came first. It may have been going on for some time before I even noticed it (again, I don’t ever remember thinking about stool before). When I did notice it, I had no idea what it meant. It went on for a few days before one morning I told my dad what was going on. He called out of work that morning and took me to the prompt care at the local hospital. END_OF_DOCUMENT_TOKEN_TO_BE_REPLACED